“Watching the videos helps us to retain the information we see,” said Vijay Lakshmi, a smallholder farmer from the arid region of Andhra Pradesh in India. “When someone tells you, you tend to forget, but when you see it, it is in your mind for a long time.”

Lakshmi is a happy and welcoming middle-aged woman from Bollovaram village, a small community that depends on agriculture. She and her husband have farming in their blood. Even their grown children are both farmers. This lifestyle is so ingrained, she, her husband and their son all became Community Resource People for a National Rural Livelihood Mission (NRLM) project, and now continue under the Department of Agriculture, Government of Andhra Pradesh.

In partnership with the NRLM, Digital Green is helping to train Community Resource People in video recording and facilitated screenings, so they can build the capacity of farmers to pull themselves out of poverty.

Coming from a farming community, Lakshmi understood a good deal about farming in her area, but in the past, like most the farmers in the area, she used the techniques her neighbors used, which included using chemical pesticides and fertilizers. Using this method meant she had to go into debt at the beginning of the season to buy the inputs, so she could plant her crops. After she sold her harvest, the debt had to be paid back.

“We were spending 20,000 rupees for chemicals. After the harvest, we paid that amount back to the agro-dealer, so we basically broke even,” Lakshmi explained. “My husband was upset about the amount we were spending. He proposed the idea to start farming organically, but the family did not support him because it was not a common practice in the village. They did not want to risk their only income by switching to organic farming.”

Lakshmi’s husband finally convinced them that it was not much of a risk because as it was, they were barely making any profit using the chemicals. They started slowly and it wasn’t easy at first. The family began to learn about organic farming from their neighbors, community resource people, and the video screenings. They started with an intercropping system. That year, there was a crop failure across the district, but using the organic methods paid off. They were able to yield 10 quintals of cotton. That made them realize the power of organic farming.

For the last five years, they have been using completely organic methods. They no longer go to the fertilizer shop. She saw videos on how to prepare botanical extracts, and how they help with pest management. They began to grow red gram (lentils) through these organic methods. They also use the post-harvesting techniques they saw in the videos for the lentils. 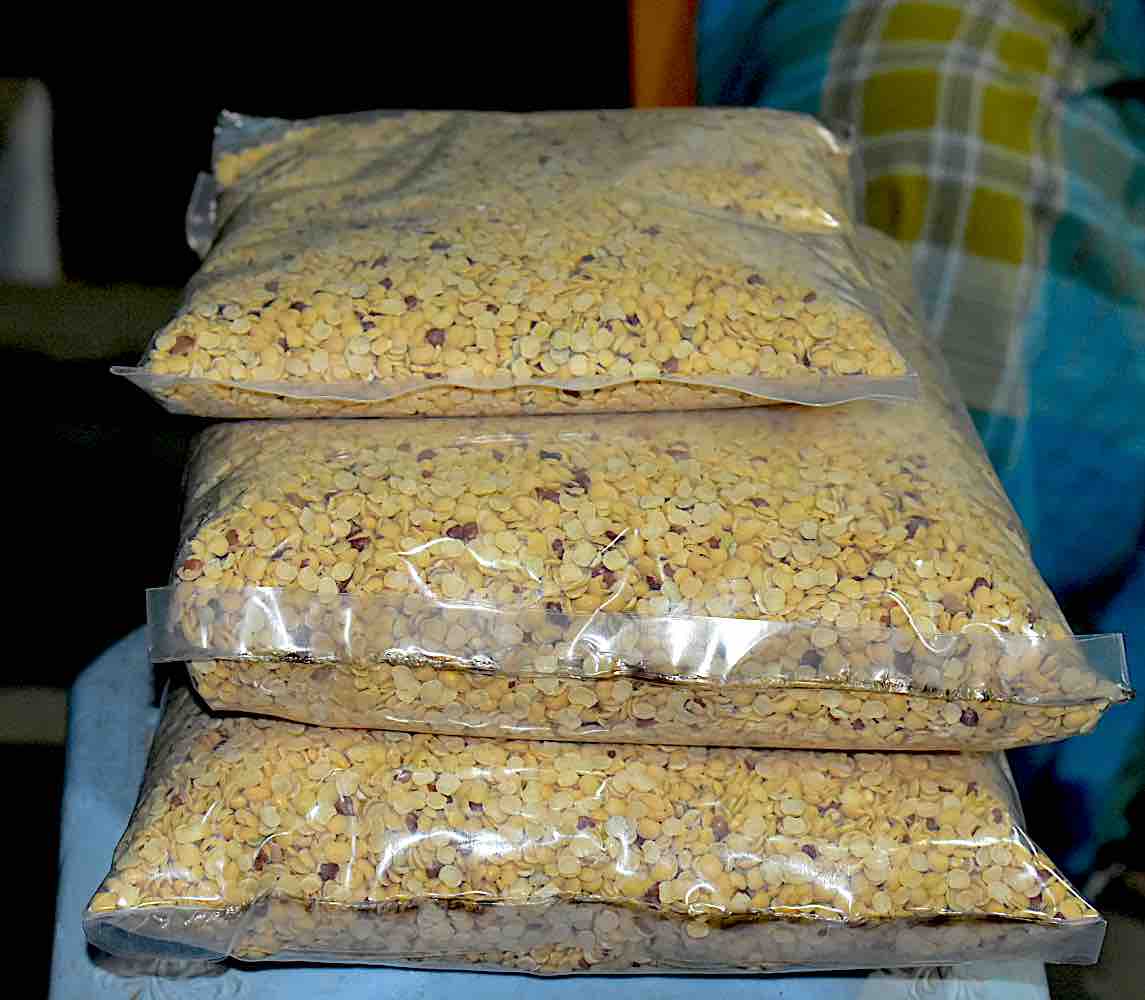 Through the project, the Community Resource People work with local smallholder farmers to produce videos on agricultural techniques and best practices for getting the most yield out of the locally grown crops. The videos are then screened to groups of farmers, during which questions and dialogue are encouraged. The Community Resource People then follow up with the farmers to see how they are implementing those techniques and the results the farmers see.

“We are selling the lentils now,” said Lakshmi. “The other farmers, using the chemical methods, are getting 70-80 rupees per kg and we are getting 120 rupees per kg. People now know the value of naturally grown grains and are willing to pay extra.”

Lakshmi and her family have seen the possibilities of these methods and became Community Resource People. They are all working across different districts promoting these natural farming practices among other farmers even in other states.