Diffusing a Wave of Change through Videos

Diffusion of Innovation (DoI) theory is one of the oldest theories in social science that developed over time to explain how an idea or a new product gains a momentum and diffuses or spreads through a specific social system or population. Developed by E.M. Rogers, the theory states that the key to adoption is that the person must perceive the idea, product or suggested behaviour as innovative and useful. The theory also explores how the adoption does not happen simultaneously in a social system.

At Digital Green we have been able to observe this theory in practice and also document it to a large extent. Digital Green is a global development organization that has been training rural communities to produce videos on best practices related to agriculture, livestock management. Frontline extension workers from within the same community also trained by Digital Green disseminate these localized videos among the smallholder farming communities who depend on agriculture and livestock for their sustenance.

In less than a decade of its existence, Digital Green has reached over 1.6 million smallholder farmers across South Asia and sub-Saharan Africa and the approach has been found to be seven times more effective and 10 times more cost-effective than traditional extension systems. The participatory video based peer-to-peer social behaviour change communication approach has been a classic example of the DoI theory.

Since the topics of the videos were originally based on the immediate requirement of the smallholder farmers in the particular location the sequence of the videos were often too scattered and disparate. In an attempt to constantly improve our approach we wanted to assess the impact on agricultural productivity if farmers saw a series of videos covering all the critical steps of a crop’s value chain. We called this a Package of Practice (PoP).

Over a period of one year, we developed sequential videos for three crops, namely, chilli, pigeon pea and potato. We also experimented with three styles of videos to test interest and adoption among the viewers. We followed it up with a qualitative study to understand the impact of the new styles of the videos, the interest level, and desire to adopt and ease of adoption. We conducted this study through observation of the dissemination and follow up questions as well as focus group discussions with various women’s self-help groups (SHGs) and frontline workers (FLWs) in three districts of Jharkhand, namely Latehar, Giridih and Pakur where our sequential videos were being disseminated by the FLWs in their respective SHGs.

This study threw up some very interesting observations that we found extremely useful to share with fellow practitioners who may potentially want to gain insight into what works for the community or not – be it the inclusion of folk music or voice over’s or showcasing demo plots or even the speed of the narration.

The study captures some important challenges that must be borne in mind as well as a few recommendations that would help improve the approach. 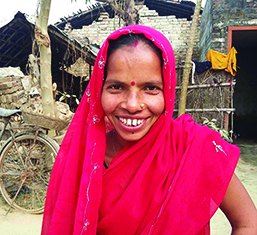 The Pico Projector makes my job easier. It has helped me in nurturing the farmers' knowledge on the skills required for farming with lower... 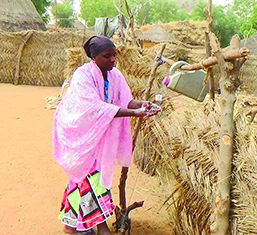 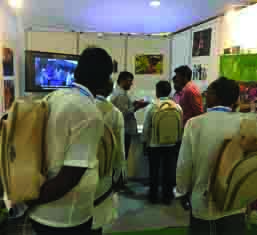 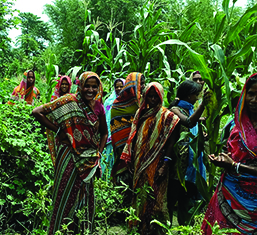 A good farmer and neighbour

Kinu Yadav, is a local hero and inspiration for farmers in and around Dumaria village, Muraliganj block of Madhepura district, Bihar.