Future of Food Systems? Platform for Digital Food and Agriculture

You may identify with this… On one of my first trips to a village in rural India, children would congregate in front of my camera, folks would peer into the few homes that had a television set, and a large line gathered in front of the village’s

In less than a decade, smartphones that pack in-built cameras and social media apps have taken over much of those functions and costs have plummeted. The mobile revolution across Africa and South Asia is well known and accelerated by the pandemic, India now has more rural Internet users than urban.

But, there remain significant inequities. A recent study in Nature Sustainability found more than 75% of farms that were bigger than 200 ha had high-speed, 3G, or 4G connectivity but less than 30% of farmers with less than 1 ha did. Farms with the lowest yields and where farmers face the most climate-related shocks and food insecurity have even less digital connectivity.

Data has the power of connecting the dots to maximize our collective impact. Just like roads and electricity, data can serve as infrastructure to catalyze the next generation of agri-tech innovations.

Asia’s Green Revolution powered increases in rice and wheat yield through agricultural technologies like improved seeds and fertilizers and was most successful in irrigated areas. Digital technologies need to be contextualized to land on similarly fertile soil too.

The so-called developed and developing world divide won’t be closed by technology alone.  Physical infrastructure, human capital, political institutions, and finance are necessary foundations for the gains that technology can provide.

We need to go beyond seeing digital technologies as a silver bullet. Don’t get me wrong: the cornucopia of opportunities from artificial intelligence to blockchain to IoT is exciting and is quickly transforming agriculture into a knowledge-driven industry. But, transformative innovation necessarily involves bundling (i) scientific and engineering advances, with(ii) public policies, and (iii) private interventions. The opportunity we have is to align traditional agricultural research, business, and policymakers with the explosion of new agri-tech startups, venture capitalists, and telecom & cloud service providers.

No single organization has authority or control over even a significant part of the agri-food system, much less the whole. Rather, agri-food systems are highly decentralized and are likely to deconcentrate further as countries seek to boost the resilience of their national food security in the post-Covid era.  We also need to be wary of the inequities that technology can exacerbate, particularly when powerful interests capture its value & its data for themselves.

That’s what government and the broader agricultural sector now need to do: to flip agri-tech solutions that are developed from the top-down and where data is extracted from farmers today and instead empower farmers to control and share their own data in a unified way on their own terms.

To share an example, at Digital Green, we work with the Government of Ethiopia to use peer-to-peer videos by and for farmers to share best practices. As we do so, public extension agents collect data on what videos individual farmers watch and what practices they apply to their farms.

We have linked that data with a farmer hotline so that a farmer can listen to the same advice they watched during video screenings on their phones, but that was only made possible because of the partnerships that we established among ourselves. What if farmers themselves were able to access their own data that had been collected and decided who they wanted to share that with.

As the agricultural and telecom sectors continue to liberalize and expand, we’re co-creating an open-source platform, a digital FarmStack, to serve as the rails for countless applications across the value-chain that we cannot imagine from a growing ecosystem of government, NGO, tech, and agribusiness — and be inclusive of those big and just starting up. I’m personally most looking forward to seeing the ideas that farmers themselves come up with as they gain greater agency.

This platform can serve as an open architecture to codify governance policies and interoperability data standards that provides the necessary safeguards to protect the interests of farmers and the organizations that work with them. This will enable a wide variety of systems to talk to one another and seamlessly coordinate.

As Bill Gates once remarked, “a platform is when the economic value of everybody that uses it exceeds the value of the company that creates it.”

Even as much will inevitably change, we know that there are some things that will remain the same.  Farmers — especially those most marginalized like women and youth — will undoubtedly want to earn more for their harvests and consumers will want more nutritious food that is more affordable and accessible.  Enabling their aspirations — even when they oppose one another — will remain our benchmark of success. 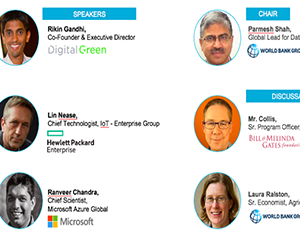 On August 20th, we were invited along with Hewlett Packard Enterprise & Microsoft to participate in a World Bank led webinar series on... 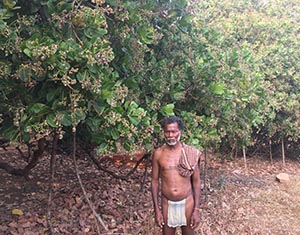 Read how we're reaching farmers in remote locations with technology and through grassroots partnerships. 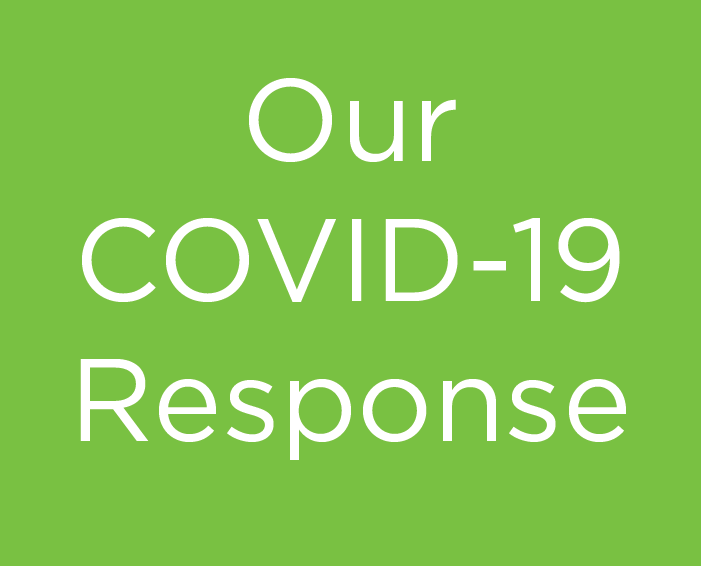 Learn more about how we're helping smallholder farmers stay healthy, make a living, and feed the world in the midst of COVID-19 and... 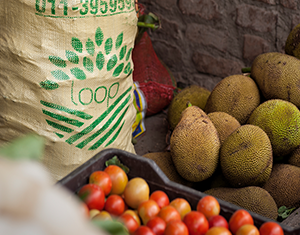 Read about our service/digital platform that Farmer Producer Groups (FPOs) can use to easily publish a product catalogue, receive orders,...