About twenty women were packed into a small room in Dharahara village, Banmankhi block of Purnea district of Bihar, and concentrating on a video about the practice of Systematic Rice Intensification (SRI) for an improved yield of paddy being projected onto a white sheet pinned to the wall.

Despite the sweltering heat, what kept their attention from wavering was the occasional pausing of the video and a confident question thrown at them by 19-year-old Munni Kumari, the Village Resource Person (VRP) of Sagar Village Organisation (VO).

Determined to make a mark in her village and enhance her own knowledge base, Munni took up the additional responsibility as a VRP while pursuing her graduate studies along with a computer literacy course. I joined the VO in 2015. I got trained in video dissemination by Digital Green and JEEViKA in November 2015, shares Munni. She is already a pro, having conducted 85 disseminations in and around her village.

Initially, it was a little difficult since I was so young and it was difficult to convince the community members who were much older than me. I was not very confident about speaking in public, shared Munni.

Mithilesh Kumar, one of 17 Master Resource Persons (MRPs), trained by Digital Green to monitor the cadre of VRPs in his area, based in Banmakhi block, observed Munni during one of her initial disseminations. He gave her a score of only 10 out of 25 in the standard observation score sheet, which meant that Munni was unable to carry out the dissemination in the best manner possible.

The score sheet includes various skill sets and a detailed list of activities that make up an ideal dissemination. Munni scored poorly on various aspects, such as, not giving an introduction before starting the video; not asking about the interest for adopting the practices, not focusing on creating a conducive environment for the community to watch the video, lacking knowledge of the content in the video, not facing the community but instead facing the screen when the video was playing, not summarizing the video well and lacking confidence in public speaking. 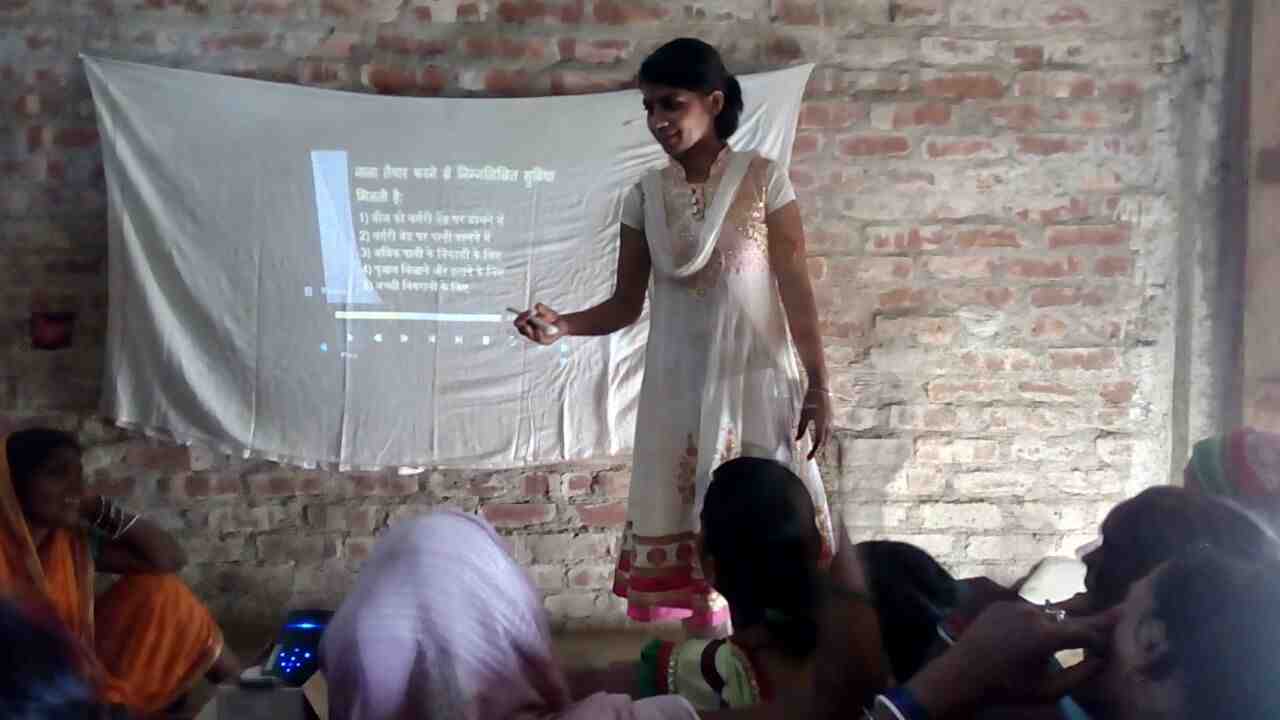 Munni was very keen to learn how to overcome these challenges and to improve her performance. She was happy when Mithilesh observed her dissemination at regular intervals and suggested ways of improving her dissemination skills. He provided inputs like how to choose the place of dissemination, where to pause the video, how to stand and engage each and every member of the group, how to summarize the video at the end. He also suggested that she watch the video a few times before disseminating it so that she’s familiar with the content. He also encouraged her to give demo disseminations at the block level meetings to other VRPs who also provided her inputs.

Munni adopted all the feedback enthusiastically. She now disseminates the videos with greater ease and confidence. The quality of her disseminations has improved significantly and her community men and women twice her age are actually listening to her and engaging with her to learn more through the videos she screens.

Seeing the improvement in her work she was sent to other VOs for dissemination in neighboring villages in Banmankhi block. This is also a great example of how Digital Greens process is being institutionalized, whereby the MRPs are taking ownership of improving the quality of the cadre, which eventually benefits the community.