One Step for Collectivization, A Giant Leap for Tribal Women Farmers

Who is a farmer?

“We have always been farmers, and we have been doing things individually for a long time, but this is the first time we have gotten together and realized what can be accomplished as a group, whether it is in sharing knowledge, or identifying, and working through our challenges, or even farming practices.”

On a daily basis, farmers wear multiple hats to keep running our food systems. These are farmers that have the onus upon them to ensure rural productivity, rural livelihoods, food security, and contribute heavily to building the rural economy. Women in agriculture play a pivotal role and are engaged in multiple roles such as that of cultivators, laborers, entrepreneurs, etc. In India, 85% of rural women are engaged in agriculture, and 75% of full time workers in agriculture are women, and yet their voices often go unheard due to factors such as pre-dominant land ownership by men, and patriarchal gender norms.

To mitigate these inequalities and systemic gendered issues in agriculture, over the years, farmer groups have become a lighthouse. Women-led and women-centered farmer groups in particular have provided a space for women farmers to collectivize and build a mutual support system through which they can become socially and economically stronger which contributes to their bargaining power, and agency. Ultimately, reaping the benefits of this involvement can bring them a return on their investment.

ATLAS (Advancing Tribal Livelihoods and Self Reliance) has been one of our first projects at Digital Green that focuses on working with tribal women farmer groups, in adivasi and particularly vulnerable tribal communities, in Jharkhand and Odisha towards making them self-reliant. Through targeted advisories, leadership coaching and our Kisan Diary Enterprise (KDE) solution that supports farmer-level data for demand aggregation, ATLAS strengthens women farmer producer groups and improves their bargaining power with buyers.

What does it mean to be a part of a collective? 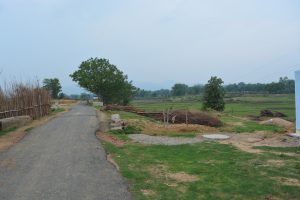 During a field visit to Jharkhand, we were able to interact with two producer groups in Namkum and Latehar, that were previously women’s self-help groups, and get a glimpse into their journey to where they are now. More than individual women farmers becoming champions of change within these respective communities, what was evident was the power of collective agency. These producer groups have become a pillar of support whenever these women need support with input mobilization, capacity building, knowledge sharing, and product aggregation etc. Coming together, these women farmers recognize that working collectively is helping them enhance their leadership skills and realize the economies of scale. 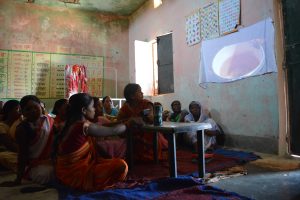 Participatory videos have played a significant role in empowering women farmers with knowledge, and building their confidence and ownership in being a part of producer groups. A frontline worker (FLW) reflected, “we used to show videos to introduce a concept that they could put into practice, but farmers would come to us with operational challenges on how their experiences and the results they obtained are different from the expected outcomes.” With varied inputs from farmers, video producers used to also face challenges on whether to continue with the chain of content, or develop new content for conflict resolution. With producer groups, this issue has been addressed for both FLWs and women farmers as they are given the space to share these challenges, experiences, and knowledge with one another. In this process, VRPs also become a part of the road map during the course of their discussions with producer groups, thereby forming an organic learning loop.

A woman farmer shared, “we are now able to gather enough produce collectively that we can sell and also keep for our own consumption. Each member contributes however much they can.” Most women farmers that we spoke to and asked about what being a part of a producer group meant to them, responded along the lines of collectivization. By being a part of these producer groups, women farmers are able to get support in crop advisories, procure inputs and also in post-production practices by collecting, processing and selling the produce. 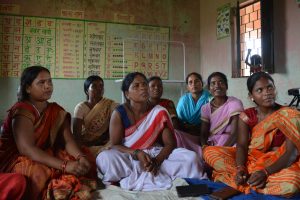 The enterprising vision was especially evident in our interaction with the producer group that we met in Latehar, Jharkhand. This is a producer group that was formed in 2016, and they have been trained and mobilized on this front. When asked about how they bifurcate and sell their produce, they had a clear response – “out of 45 members in our producer group, there are 15 of us who have surplus produce, mainly of pulses and mustard seeds, to collect and sell to the market. We discuss the surplus available with the group members in our PG meetings, and as needed we also go home to home to understand what each farmer can provide.” What stood out were discussions around the return of investment for these women group members; one woman farmer stated “we paid a one-time membership fee of Rs. 310, and were able to get support on seeds, fertilizers and input mobilization by being a part of the producer group. Before we used to work in silos, but now by getting our produce together, we are now able to sell to the market and get a better price.” As a group, they have noticed that they are not dependent on traders to take their produce to the market anymore.

A key factor in addressing inequalities for women farmers on ground is market access, and getting competitive prices. The entire reason for farming is markets, and yet there still remains price disparities and access-related issues. While digital technologies have become essential in connecting farmers to markets, it only widens the gender gap as social inequalities are often manifested in digital inequalities. Being a part of producer groups is also partially solving access-related issues – Namkum and Latehar had varied levels of digital connectivity. Being closer to the capital, there were more women farmers in Namkum with mobile phones, and in Latehar only 5 to 6 women farmers in the group had personal mobile phones, while others would rely on the family-owned phones. In both cases, being a part of a group and having discussions around information received and shared was a big plus.

In the context of ATLAS, digital connectivity goes beyond advisories and into more complex concepts such as farmer-level data entry and demand aggregation. As members of the producer group we met in Namkum were more digitally connected, and were also trained on using Kisan Diary Enterprise, we were able to discuss issues that farmers face when sharing their information, whether they ask questions regarding the process, and what challenges they still face. With digital data repositories on KDE, producer group members are able to visualize the quantum of product available and could explore alternate marketplaces for collective selling. By selling their produce as a collective, they are now stronger in their bargaining power and do not face pricing and weighing malpractices that they used to face before when they used to sell individually. On the data collection side, KDE has helped producer group (PG) officers  in realizing the ease and reliability of the process as compared to how it was when they would maintain physical registers of farmers’ data. Priyanka, a VRP in Namkum shares “With KDE, in one place, we are able to access and generate farmer-level data for the producer groups that can be accessed securely. On the app we can also see what videos PG members have watched, and how long they have watched this.”

Video cadres who collect farmer level data also reflect that farmers are hesitant of sharing their data as they are not aware of how it could be used. The process of explaining to farmers on why this data is useful and how it could be beneficial is also something to account for.

“Sometimes there are concerns raised on meeting farmers’ expectations when we are unable to meet basic business needs,” says one PG officer, “we collect data and the produce from farmers who have enough to sell, and then keep it in cold storage until we can get a good price for the produce. Until we are able to sell the produce, there are a lot of costs associated with inventory, staffing, and transportation, and it’s very discouraging if a farmer needs money and they are not getting it because of this issue.”  The channel of distribution is on the basis of FPO demand, but even FPOs are not empowered with the information they need to be able to get the best market value for the given product.

A promising road ahead

The vision of monetary profit is known to all women farmers in the producer groups, and more so is the sense of individual and collective identity that they are building together as women farmers. However, there are still gaps identified on clear communication and contextualized knowledge transfer on ground, particularly, on the larger implications of producer groups as business enterprises.

There is now an immense opportunity to encash on what kind of knowledge we are providing. We have to base knowledge sharing on ground to what their needs are and social contexts. An example of this is by showcasing videos of women in leadership through success stories of inspirational women leaders, awareness videos, instructional videos on how to negotiate with buyers, and more that would fit the contexts of the groups that they are being shared with.

When talking about farmer-level data, and agtech, we must understand that along with all the other hats that a smallholder farmer wears on a daily basis, we are also expecting her to be digitally savvy. That’s when the realization hits that making farmers digitally connected to increase productivity and income is not just an end, but also a process. If a producer group is not yet at a stage of having an entrepreneurial mindset and vision, how do we disseminate knowledge and build their capacities chronologically so that they have that vision? Therefore, knowledge transfer, introducing farmers to complex concepts such as data, and making them realize that their information is powerful has to be in a stage-wise progression.

As Digital Green moves forward with its new strategy, we are increasingly encouraging discussions across all levels around farmer-level data, and building farmers’ capacities in realizing the value of their data to build resilient livelihoods, and prosperous communities. This is a part of our larger vision of digitized farmer networks that finally puts farmers at the center of agtech and agdata discourse.

This project is generously funded by John D. and Catherine T. MacArthur Foundation as part of an initiative to support racial and ethnic justice globally. In Jharkhand, the project is implemented in partnership with Jharkhand Livelihoods Promotion Society (JSLPS), under the Mahila Kisan Sashaktikaran Pariyojana (MKSP) program, which is a subcomponent of the National Rural Livelihoods Mission to empower women farmers.

Women small-scale producers across India lack the information, and agency to lead resilient and sustainable livelihoods. 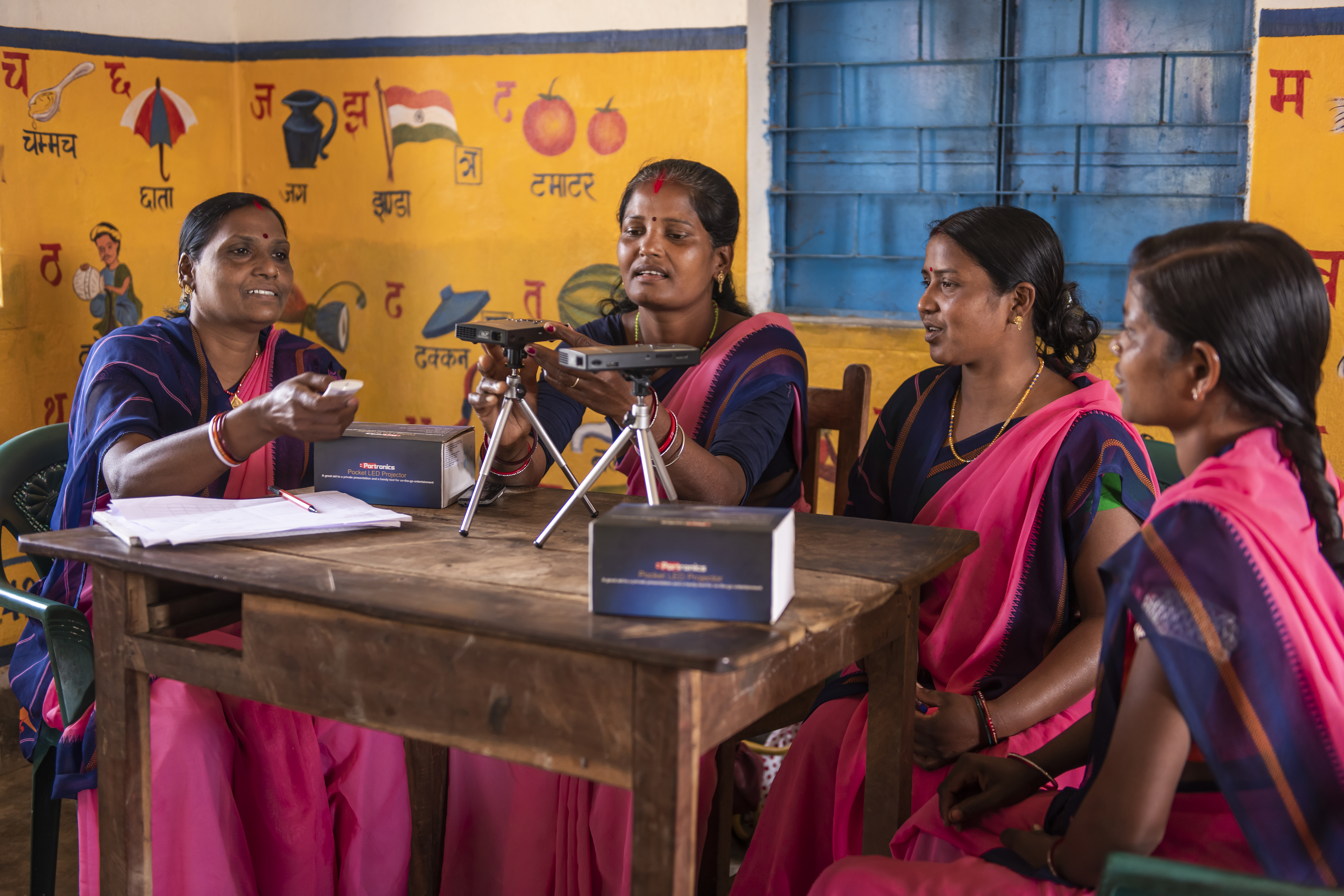 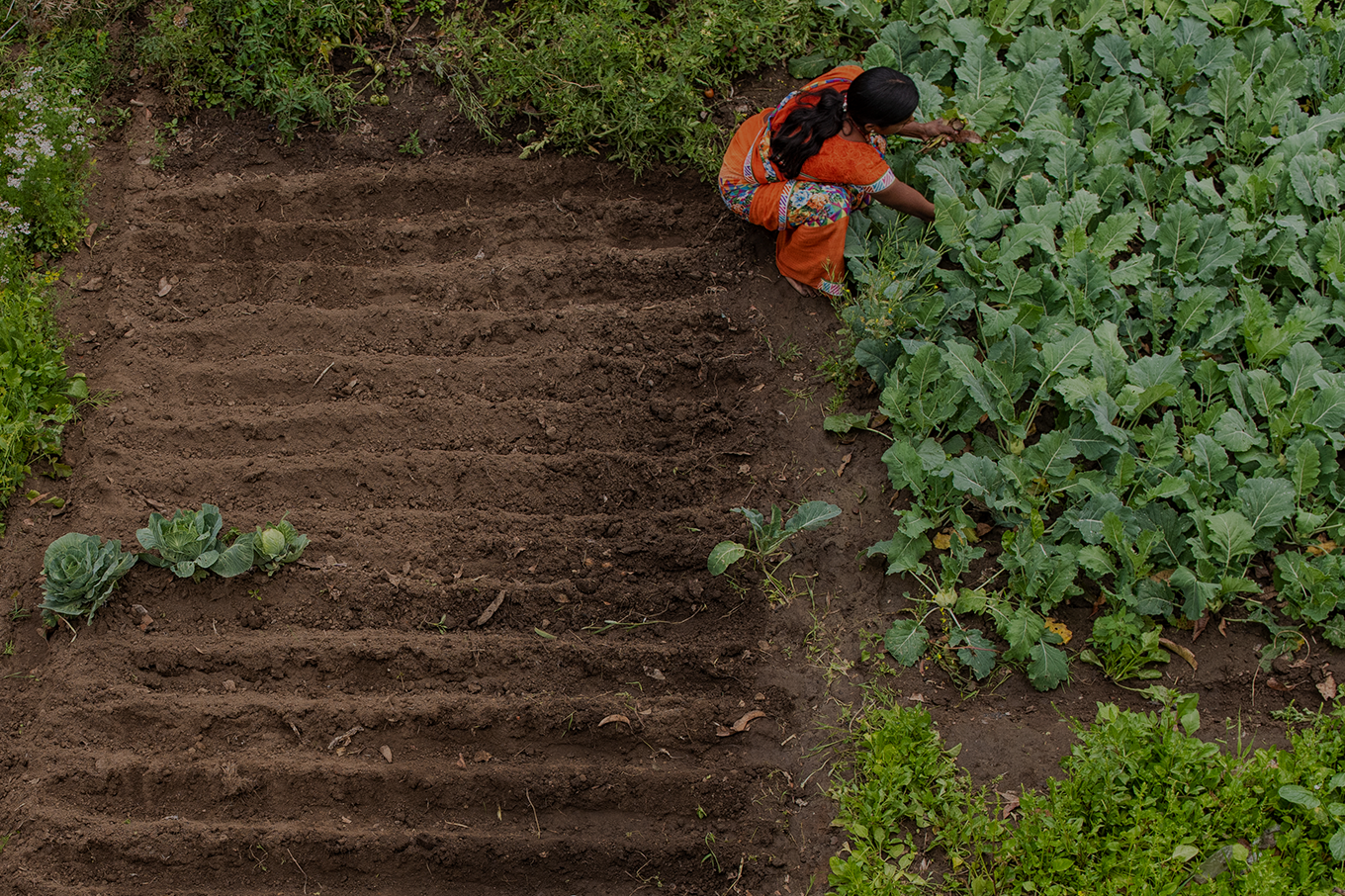 Women are the backbone of agriculture in India, and that is no exaggeration. They play a pivotal role in agriculture: 85% of rural women in...